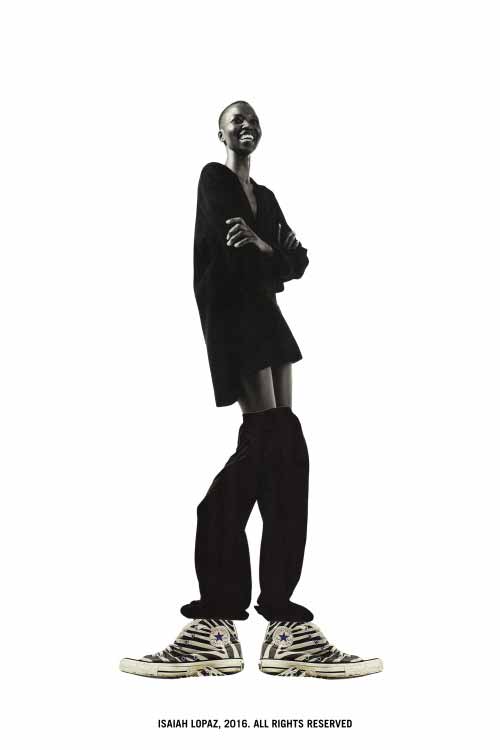 I’ve been away from you all, and have not had the time that I would like to have to connect with you. Since the article for The New York Times was published this past November, I have had interviews or interview requests on an almost daily basis. There are many reasons to be grateful for the press that this project has received, and I am truly thankful for this experience, but it is also a learning curve. I cannot forget that the media is an agent of socialisation, and many of the questions that I receive do not allow me to forget this. As I prep for an upcoming interview, I thought I would share with you some of the questions that I’ve been asked and some of the responses which I have provided. As of yet, many of these responses have not been included in articles written about Him Noir, or Things You Can Tell Just By Looking At Him. My feeling is that after reading these questions, you’ll have a better understanding of why it is that some of the insights that you have come to expect from me do not always show up in articles written about my work. This is part 1 of a series of questions and answers that I would like to share with you. If you have questions or comments for me, I am always available at therealhimnoir@gmail.com. Have a great day (if you can) – Isaiah Lopaz, Him Noir

Questions and comments I field on a regular basis

We’re so surprised and/or shocked to hear that you’re dealing with racism on a regular basis in Berlin, because Berlin is known as a tolerant, liberal, open, multicultural society.

Berlin is a city in a world where race matters, where race is used to define and measure others (non-Whites). Race as a system of classification has always been about power, it’s always been about distancing non-Whites from humanity, so that we could and can be oppressed, marginalised, subjugated, and maligned. Tolerance is such a low goal for a society which seeks to provide equity and justice to non-Whites, because equality without equity is useless. If my neighbor is having a birthday party on a Thursday which carries on well into the night, I can choose to be a good neighbor and refrain from calling the police. I can tolerate the noise, the interruption, the difference in our priorities for the evening, but I should never think of myself as having to tolerate a human being for not being White, not being Christian, not being middle class, not conforming to Cis-gendered binaries, not being able bodied… You have to ask yourself who are you, who do you think you are that you must place yourself in a position of defining difference according your norms. Who are you that you believe or feel that your norms are neutral. To whom is this city open to? Is this city open to people like myself. Can I freely walk down the street as a gay man without harassment? In gay clubs, institutions, and private spaces will I face anti-Black or sexual racism? While waiting at the bus stop will I be told to go back to my country?

It’s just a surprise to see that you’ve dealt with racism. It’s hard to imagine that the things on your t-shirts happened to you. It’s 2016!

A journalist from the Washington Post made an observation which I refer to from time to time. In this observation he states, “Black people don’t need to be convinced that anti-Black racism, structural inequity, and skin privileges exist; White people do… White people have to do the hard work of figuring out the best ways to educate themselves and each other about racism. And I don’t know what that look likes because that’s not my work, or the work of other Black people to figure out. In fact the demand placed on Black people to essentially teach White folk how not to be racist or complicit in structural racism is itself an act of wilful ignorance and laziness”- Darnell L. Moore. I am always confused when conversations about race point out what year we’re currently in. This has nothing to do with creating a society centred on equity for groups of peopl who have, and continue to be oppressed. Conscious, successful action can bring change, but time alone cannot do this. If a house is on fire and you do not take the necessary action to put the fire out, will it not burn until it is destroyed? We can’t say in time that the fire will put itself out. What has really been done to facilitate and maintain a society concerned with racial justice, a society where those of us who are not White receive equity for hundreds of years of oppression (including the year 2016 in this cycle of oppression)? As long as race is used as a system of measurement there will always be racism, and racism will not be the exception it will be the rule. Racism will be the default because race as a system of oppression defaults to racism.

I’m not sure I understand this question? Are you saying that colonisation in Africa, or a prolonged period of German occupation in Africa would have been beneficial or essential for a contemporary German society to maintain systems of racial justice and equity for Black Germans, Black immigrants, and Black migrants? This in no way seems logical to me. Germany is responsible for the first genocide of the 20th century, the near genocide of the Herrero and the Nama people. I have no words, no more words to answer this question.

How does racism in Germany or Europe compare to racism in the United States? Is it worse for you in America than it is here in Germany?

I cannot really compare the two. Here in Germany I face very specific forms of racism that I did not experience in Los Angeles and there are various reasons why my experience here differs from that of my home city. In Los Angeles I was not actively going out to gay/queer spaces and the rampant racism that I have experienced here in Berlin in gay/queer spaces wasn’t as loud because I was not actively involved in Los Angeles’ queer community. In my home city I am not an immigrant, and so even though I was privy to racism as it intersects with xenophobia, It’s quite something else to find yourself at this intersection in a foreign land. What I would also like to add is that Germany and America are different places and I don’t see what we have to gain or glean in comparing the two countries. I will say that I had a very insightful conversation with my sister who is a police officer about the numerous shootings in the United States over the last few years which resulted in the deaths of countless Black children, Black elders, Black LGBTQI folk, Black women, and Black men. “In America I would fear for my physical well being, for my life, for my safety. Here I worry about the toll that all of this (racism) takes on my mental health, my sense of self, my mental well being”, I said over the phone. “What’s the difference when you think about it”, she asked? My sister has a point. A very valid one at that.