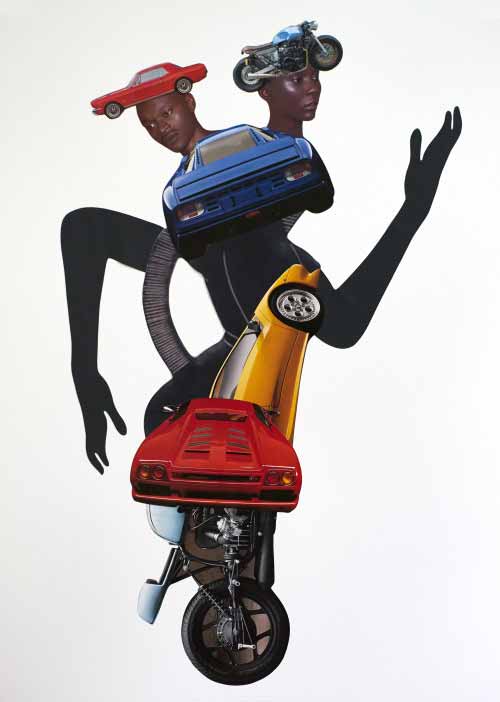 This week’s article was commissioned by Tagesspiegel’s Queer weiß das and published in German. Tagesspiegel asked me how I felt as a Black, gay, American man about Donald Trump’s victory. When I explained to them that as a gay man who happens to be Black that my immediate concerns where how his policies would effect non-Whites (which for me of course includes LGBTQI and Queer American citizens), they assured me that this was exactly the perspective that they were looking for because it expressed my point of view as a person who is both Black and gay.

Donald Trump becomes the President of a homophobic white majority. What does that mean for queer people/LGBTs in the US?

Donald Trump’s victory heralds a new era that will be very difficult for non-White Queer/LGBTQI people. He won because he gave a voice to deep seeded feelings sewn through education, politics, media, science, history, religion and pop culture. He gave a voice to sentiments which society suppressed in many ways, but never really sought to analyse or remedy. Bold headlines proclaim, “This isn’t my America”, and I find myself knowing exactly who these articles are written in service of. Most certainly not me.

When I was originally asked to answer this question I focused on something that above all is of great importance to me: the safety and well being of my family. More so now than ever, they are all at risk, I thought after hearing the results of the election. Could my police officer sister find herself on the wrong side of a racial conflict while on the job? Would a group of White men feel justified in attacking my Mother while she’s out running errands in the predominately White town that she lives in. Being Black in America has always yielded a very specific inheritance which I refer to as African American Anxiety. This condition involves a fear that was born when “Whiteness” was created on colonised land, and has been handed down from generation to generation from slaves to freedmen. Black Americans have always lived with the fear that at any moment, one of our relatives could be taken from us, gone forever.

An assortment of articles about Trump’s ascendancy have claimed that his popularity, and his eventual win have had nothing to do with race, and that this was more of an issue revolving around class. Within American culture I recognise a tendency to conceive of the world and the systems operating in this world as this or that, so that experiences are cumulative as opposed to being interconnected. Race and class intersect, just as race and sexuality converge. When Trump talks about banning Muslims from entering the United States, his reasoning is steeped in racism, Islamophobia, and xenophobia. One doesn’t have to be a sociologist to understand this, but one does have to be aware that as Grada Kilomba explains in the article White Is Not A Color, “We are educated to think in colonial and racist structures.”

Out Magazine ran an opinion piece outlining what ‘we’ can do to challenge Trump’s administration when it comes to LGBTQI rights. “We need to understand what the upcoming Trump presidency could mean for our rights and the rights of other minorities.” Mainstream LGBTQI media is typically run by cisgendered White men, for other cisgendered White men. It probably didn’t occur to the author of this article that there are Black Muslims who are Queer/LGBTQI or Latinx people who are disabled and also Queer. The careless omission of people like myself as members of the LGBTQI community underscores the specific problems that we as non-Whites have in the dominant culture and within Gay/Queer culture: our lives don’t matter. Non-White Queer/LGBTQI people are more likely to live in poverty, to be subjected to harassment,

violence, and poor health. A Trump presidency isn’t going to improve these conditions or LGBTQI people of color, and as is often the case, we cannot count on mainstream Gay/Queer institutions to support us. Gay may have once been touted as the new Black, but if you look at mainstream gay culture’s track record, there are very awkward moments of silence and empty roll call sheets when it comes to advocating for the rights of non-Whites who happen to be Queer. Trump’s presidency will only push us further out, beyond the margins of mainstream American society.